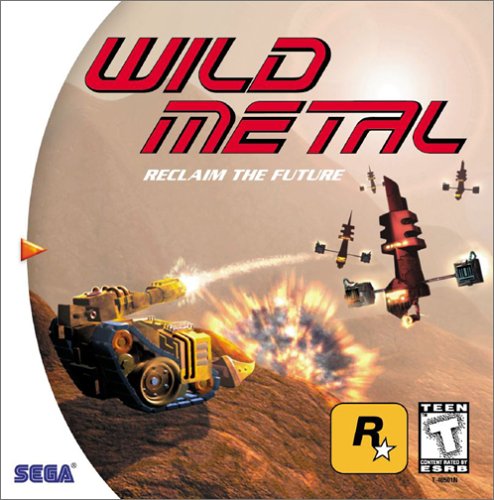 Kill or be killed. Hunt or be hunted. Reclaim the future for mankind. Engage the enemy solo or play against an opponent in split-screen head-to-head battle. Five armored attack vehicles to choose from each with unique performance characteristics. 17 mechanical menaces to combat. The most insane and innovative weapons assortment ever assembled on the Sega Dreamcast. Locate and capture the different power cores across 3 unique planetary surfaces: Tundra, Aztec Desert and the Red Planet!

Perhaps a better name for this game would be Mild Metal, because playing it won't likely raise your temperature. Playing this enjoyable mission-based tank game is rather meditative, in that players are required to think tactically in order to reach their goals. Don't expect to be wowed by graphics or sound effects, but do bring your brain for this old-school treasure hunt that looks and feels much more like a PC game than a Dreamcast title.

To beat each level, players must drive a tank around large, hilly, desolate areas while scooping up precious containers of glowing energy capsules before dropping them off at your home base. This game challenges the player with a wildly varying elevation and drab-colored terrain. The control scheme for shooting is also tough to tackle. Players fire their tank's cannon by pressing a button, but holding the button down will increase the angle of trajectory. Not only that, the energy capsules are often obstructed, requiring all sorts of physical puzzle solving to get at them. While not exactly thrill-a-minute, this game has plenty of depth and challenge to keep thoughtful gamers happy for quite some time. --Jeff Young

23rd session
of the General Assembly of States Parties

Protecting and conserving our World Heritage

Global strategy Strategic Action Plan for the Implementation of the World Heritage Convention, 2012 -2022